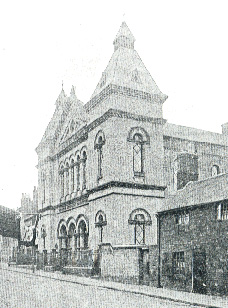 John Wesley and Methodism in Derby

An exhibition, displayed at St. John’s Methodist Church Allestree, Derby, (June 2003) and in the Cathedral (November 2003), celebrated the birth of John Wesley and went on to highlight his life and the Methodist movement in the City of Derby.

An internet compilation was produced in response to visitor requests and can be found on the Derby Methodist History website. It covers Methodism in Derby to the present day and contains most of the information that was on display covering the four centuries

The local element is confined mainly to Derby City. However, it includes those churches that are outside of the City but still remain in a Derby circuit and some county related information.

This compilation contains extracts from the following books – ‘A charge to Keep’ by Frank Baker published by Epworth Press in 1954, ‘A History of Free Churches in Derby’ by BAM Alger published in 1901, ‘Historic Tablets of the New Room’ and John Wesley’s Journals.

Paul Wright, Alan Tudor and Joan Sidaway made written contributions and along with my photographs the majority of the exhibition has been reasonably represented.